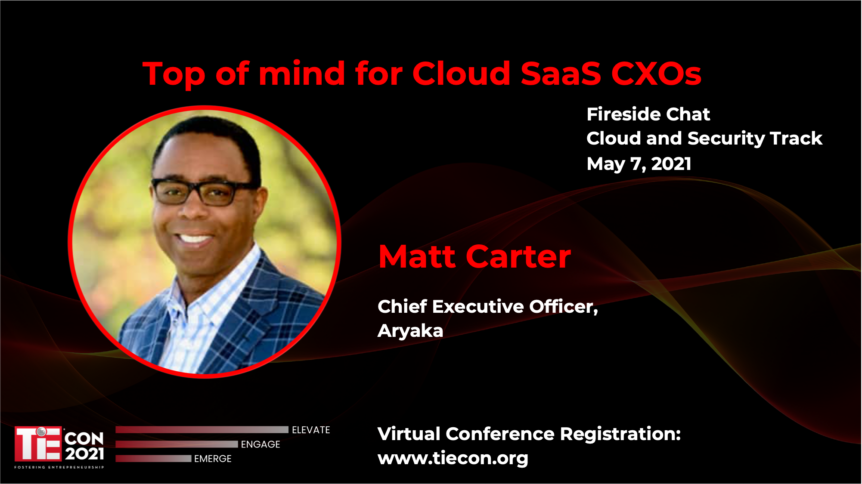 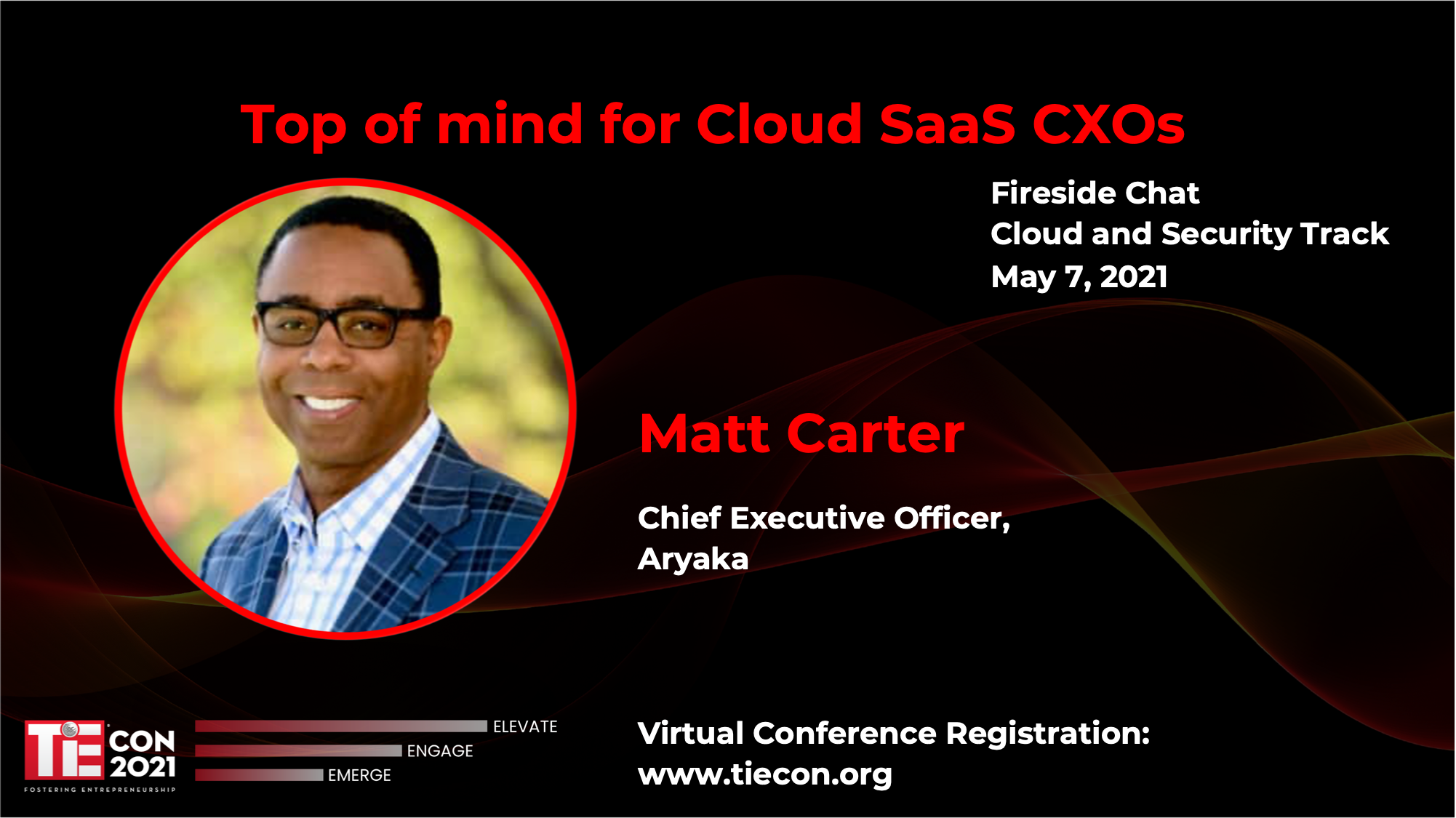 What is Top of mind for Cloud SaaS CXOs at TiEcon 2021 Cloud and Security track CXOs around the Silicon Valley and the World are watching!

Matt Carter is the Chief Executive Officer of Aryaka, headquartered in San Mateo, CA. He is leading the long-term market strategy and day-to-day operations, while guiding the company’s vision for an increasingly connected world.

Prior to Aryaka, Matt served as President and CEO of Inteliquent Inc, a publicly traded provider of cloud-based networking services for global enterprises, which was successfully acquired by GCTR, a Chicago based PE firm. Matt previously held a series of executive positions with Sprint Corporation including serving as President of the Sprint Enterprise Solutions. He also served as President of Boost Mobile, a leading provider of no contract wireless services.

He serves on the board of directors of JLL and NRG Energy.

Matt earned his master’s degree in general management from the Harvard Business School and his bachelor’s degree from Northwestern University.