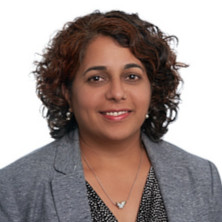 With all the hype you see about investments in SaaS, Social, eCommerce and Mobile, you could almost believe that innovation in the networking industry has stalled.

But that is far from the reality.

I started in the networking industry almost two decades ago as a young engineer. It was very exciting to join Cisco, one of the most promising companies in the industry, a dream come true for me. I started in the ATM switching group when ATM was still the best technology available to move data across the network with sufficient quality of service guarantees. Soon, as potential of the Internet was discovered, different types of data were moving across the Internet.

Ethernet, still fairly new at the time, was good enough for such applications. A few packet drops here-there were barely noticeable. As innovation improved with high-speed Ethernet, higher layer protocols enhanced the quality of service guarantees along with improvements in security protocols, to support voice and video. This was the late 1990s. Pioneers like Andy Bectolshiem and Prof. David Cheriton were at the forefront of these innovations in Ethernet switching. Their company Granite Systems was acquired by Cisco in 1996.

Voice over IP, distributed computing architectures, and video applications like YouTube increased the pressure on the need for higher bandwidth. Hyperscalers like Google and Amazon also influenced innovations in networking speeds as well as software that managed these massive distributed computing environments and the interconnects. Ethernet reigned as the leading technology to connect computers and networks both across the enterprise as well as inside the data center.

To keep up with increased demand for higher speeds, networking innovators further improved the quality of gigabit Ethernet, and we are going to see Terabit Ethernet become a reality. The ubiquitous nature of the Internet enables countless other applications and businesses, including digital transformation of whole countries and organizations.

Today the Enterprise networking market is poised to reach $90B according to research firm Global Market Insights. As many organizations across countries in Asia and Africa are still building their infrastructure, this number is not surprising. Here in Silicon Valley, we often forget that we live in a small bubble. Digitization is still happening for the majority of the world, and many are leapfrogging into gigabit Ethernet, fiber-to-the-home and 5G technology to access the internet for the first time.

Another trend that has also influenced the networking industry is the rise of software. According to market-analysis group, the software defined networking market is also poised to become a 432.2B market by 2025. This represents a big opportunity for companies like Cisco, Arista, and other upstarts. The Internet of Things revolution is transforming connected cars, connected homes, offices and cities, manufacturing, electric grids and more. All these interventions need a tremendous amount of computing—not just in the cloud but also at the edge. Software and hardware innovations together will play a big role in our pursuit of digital transformations across industries.

Cisco continues to remain a pioneer in the networking industry. I had the opportunity to work with some of the smartest men and women, in engineering as well as other functions in sales and marketing. Among them was Jayshree Ullal, a wonderful role model for women at Cisco. With strong engineering credentials, exceptional business insights and masterful communication skills, Jayshree rose to lead multi-billion dollar switching businesses at Cisco. Her journey at Cisco prepared her well to take the helm of Arista Networks as CEO, taking it through IPO in June 2014. Together with Andy and others from Cisco who co-founded Arista, the team has brought some rapid innovations to the networking industry, becoming a serious contender for the top spot. Valued at $24B in market cap, the stock continues to rise over $300.

To hear Jayshree speak about her journey as a technologist and entrepreneur in the networking industry that has changed how we live, work, play and learn, please join us at TiE Conference 2019.